Is Monkeypox the Next Pandemic?

Maybe Not. The World Health Organization has declined to declare the unprecedented monkeypox outbreak that has spread around the world a public health emergency. This is despite it being one of history’s most dangerous infections which pose severe risks for humans worldwide; however, they remain unclear about whether or not this will ever become an issue since there doesn’t seem enough evidence yet on what could potentially lead up such situation coming true – raising questions over whether we should prepare at all? In an article released June 25 in Stats, Andrew Joseph explains.

WHO: Monkeypox outbreak not yet a global public health emergency

The international health organization, WHO has announced that they will be sending an emergency team to help combat the virus in West Africa. The announcement was made after a meeting Thursday where some 3 thousand cases have been documented since mid-May outside regions with animal reservoirs for this particular strain of Ebola virus; most notably being gay men or others having multiple recent partners who are primarily getting sick here at home – not overseas where there’s more contact between humans and wildlife (which can carry different types). One death so far reported occurred when someone had immune system problems which makes them very susceptible…

WHO Director-General Tedros Adhanom Ghebreyesus sought to underscore the gravity of this situation, noting that convening an emergency conference in regards was a sign they take it seriously. In  his statement, Tedros noted “the outbreak is clearly evolving” and requires our collective attention; however they concluded there’s no evidence yet suggests PHEIC status despite what we think or feel right now – so until further notice I’ll be calling out emergencies rather than epidemics.

“What makes the current outbreak especially concerning is the rapid, continuing spread into new countries and regions and the risk of further, sustained transmission into vulnerable populations including people that are immunocompromised, pregnant women, and children,”

The WHO has been working hard to ensure the fair distribution of vaccines and drugs that can prevent or treat monkeypox. However, these are limited in supply which is why countries such as Europe and North America have had difficulty finding them at a reasonable cost for their citizens who need it most – especially since many developing regions don’t even produce enough themselves!

The Centers for Disease Control and Prevention posted the following information about how to Clinically Recognize Monkeypox. 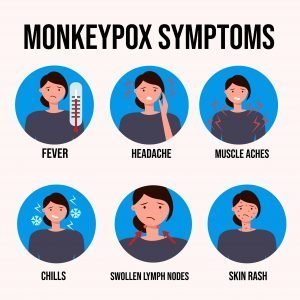 “You can recognize potential monkeypox infection based on the similarity of its clinical course to that of ordinary discrete smallpox.

After infection, there is an incubation period of roughly 1-2 weeks. The development of initial symptoms (e.g., fever, malaise, headache, weakness, etc.) marks the beginning of the prodromal period.

A feature that distinguishes infection with monkeypox from that of smallpox is the development of swollen lymph nodes (lymphadenopathy). Swelling of the lymph nodes may be generalized (involving many different locations on the body) or localized to several areas (e.g., neck and armpit).

Shortly after the prodrome, a rash appears. Lesions typically begin to develop simultaneously and evolve together on any given part of the body. The evolution of lesions progresses through four stages—macular, papular, vesicular, to pustular—before scabbing over and resolving.”

The Centers for Disease Control and Prevention have a link  –